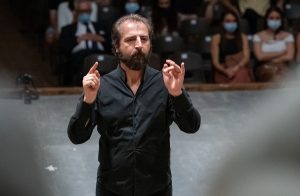 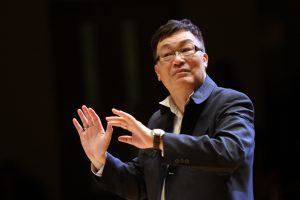 “I have a dream – to share love and peace with the world through music exchange.”

Founder and President of World Youth and Children Choral Artists’ Association (WYCCAA), Former First Vice-President of International Federation for Choral Music (IFCM), Prof. Leon Shiu-wai Tong is an internationally renowned choral expert, conductor, speaker, juror, and curator of world-class choral festivals. Currently the Artistic Director of Guangzhou Children’s Palace Choir, China, Tong was former Music Director & Principal conductor of the Hong Kong Children’s Choir (-1997) and Artistic Director & Principal Conductor of the Hong Kong Treble Choir (-2020). As President and Chairman of the Artistic Committee, Tong has organized many global events with WYCCAA, including the 2019 World Choral Conducting Competition, World Youth & Children’s Choir Festival (in 2019, 2017 & 2015), 2018 Belt & Road World Choir Festival, and the Hong Kong International Youth & Children’s Choir Festival (in 2013, 2011, 2008 & 2006). In 2008, he curated with the Olympic Committee of Hong Kong “The World Sings for Olympics” concert, in which the World Youth Choir (whose choristers came from over 36 countries and regions) was also invited to perform. Respectively in 1998 & 2001, with the Hong Kong Treble Choir Association, he organised the 1st and 2nd “China International Children’s Choir Festival & World Symposium for Children’s Choral Music”, which were followed by the World Children’s Choir Festival and the world-renowned Songbridge Programme in 2005. He is also frequently invited to adjudicate at internationally acclaimed choral festivals and competitions, including competitions under the European Grand Prix for Choral Singing Association, and was the only foreign juror at the 67th NHK All-Japan School Choir Competition. As an expert who currently holds several guest professorships in a number of universities in China, Tong has received a number of awards for his contribution to choral music nationally and internationally, including the China Treble Choir Contribution Award in 2004 (from China Chorus Association) and the Award for Arts Achievement (Music) in 2007 (from Hong Kong Arts Development Council). 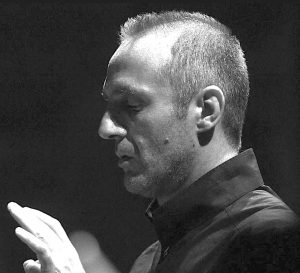 Born in 1963 in Rome, Mauro Marchetti graduated in Harp at Santa Cecilia Conservatory in Rome. He performed both as a soloist and in duo and trio with singers and instrumentalists, in orchestra, like Accademia Santa Cecilia, Opera di Roma. He studied Choir Conduction with many teachers (Paolo Lucci, Gerhard Schmidt-Gaden, G. Graden, S. Kuret,). He conducted several vocal and instrumental groups and since 1992 is the conductor of Città di Roma Choir in Rome, a polyphonic mixed choir which performed all over Europe and abroad. Under his direction the choir won many Tirst prizes and special jury prizes in national and international competitions. He is conductor of the Modus Ensemble, vocal group specializing in early and contemporary music. He conducted premiere works of Ennio Morricone, Michele Josia, Javier Busto, Piero Caraba, Andrea Basevi, Lorenzo Donati, Manolo Da Rold and Italian and european premieres of Eric Whitacre and Benjamin Britten. He was a member of the artistic committee of the FENIARCO. He was often appointed as a jury member in competitions of composition and choral performance. He has been a teacher for many courses in choral conducting and composition and actually is teacher at the Conservatory of Music of Messina. Awarded for Best Choir Conductor at the International Choral Competition in Varna (Bulgaria) and the Polyphonic Arezzo (Italy).

Sigurður Sævarsson was born in Iceland in 1963. He began graduate studies at Boston University in 1994, where his teachers included William Sharp, Charles Fussel, Sam Headrick and Martin Amlin. In 1997, he earned  M.M. degrees in both voice and composition. Sævarsson’s main focus since then has been on opera and choral works. He conducted both his operas: Z – A Love Story at Norðuróp Opera Festival in 2001 and Hel at the Reykjavík Art Festival in 2009. For the last ten years Sævarsson has mostly composed for choir; everything from small a cappella pieces to oratorios for choir and orchestra. His oratorio Hallgrímur´s Passio (Hallgrímspassía) was released on CD in 2011 and was nominated for the Icelandic Music Awards as best Album in the category of Classical and Contemporary Music. Last July his Requiem, Nunc dimittis and Magnificat were recorded at All Hallow´s Church, Gospel Oak in London by the Choir of Clare College, Cambridge and the soprano Carolyn Sampson, conducted by Graham Ross and produced by John Rutter. The music will be featured on the choir´s forthcoming CD for Harmonia Mundi International in 2022. Sævarsson is also principal of the New Music School (Nýi tónlistarskólinn) in Reykjavík. www.sigurdursaevarsson.com