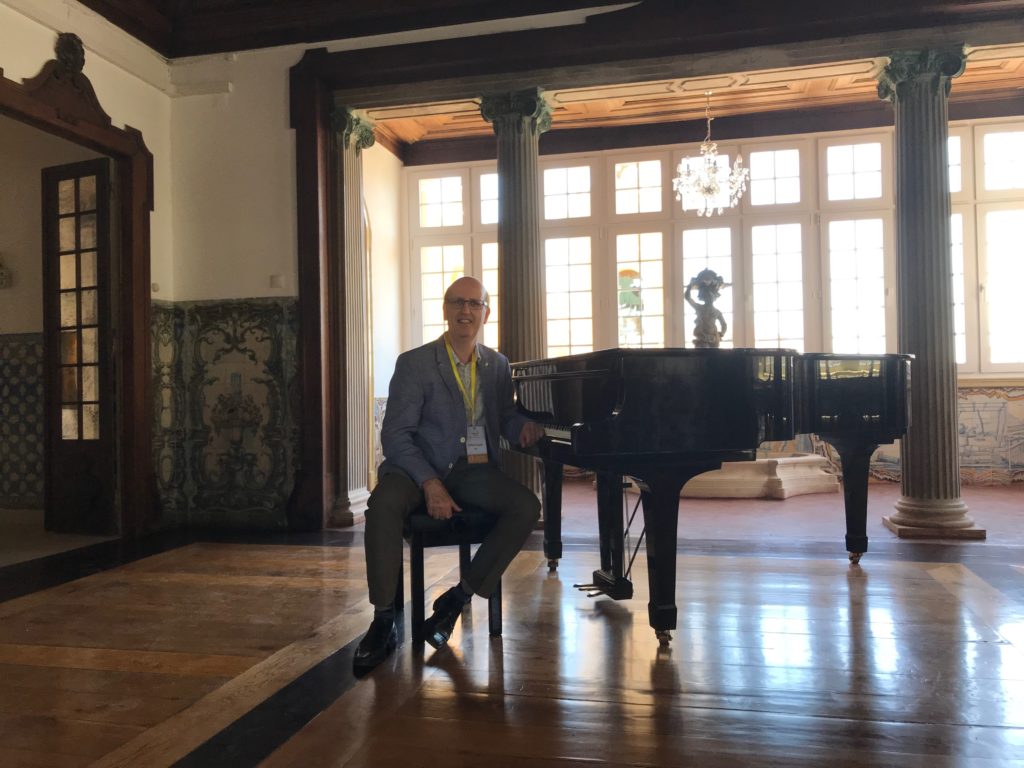 Born in Bologna, Andrea Angelini moved to Rimini as a child where he began studying piano at the ‘G. Lettimi’ Conservatoire of Music. At the same time, he began his experience as a singer and later as director of the Carla Amori Polyphonic Choir. He obtained an Academic Diploma in Piano at the Ferrara Conservatory. In the meantime, he also studied Organ at the Conservatory of Pesaro, Composition and Choir Conducting with Fulvio Angius, Peter Phillips, Michele Peguri and Leonardo Lollini at the Academy of Arts in Rome, the Oakham School (UK) and the Conservatories of Adria and Cesena. At the latter Conservatory he obtained a second level Master’s Degree in Choral Music and Choir Direction. Andrea is the founder and artistic director of the Associazione Musicale Musica Ficta, which has been operating since 2000 in Italy and abroad. Within this Association he founded and conducts the Vocal Ensemble Musicaficta with which he performed concerts in Italy, Israel and the United States of America. With the Carla Amori Polyphonic Choir, he has conducted over 200 concerts in Italy, England, Germany, Sweden, Poland, Hungary and France. Winner of the IFCM competition in 2009, he became Editor-in-Chief of the International Choral Bulletin (ICB), a position he will hold until 2020. During his experience within the International Federation of Choral Music he has the opportunity to participate in Choral Symposia and Meetings around the world, conducting courses and workshops at major international choral conferences. He was previously Editor-in-Chief of FarCoro, AERCO‘s choral magazine, and is still Editor-in-Chief of DIRIGO, the magazine of the National Association of Italian Choral Conductors, of which he is also a member of the Scientific Committee. Andrea Angelini is the Director of several Festivals and Choral Competitions including the Rimini International Choral Competition (Rimini, Italy), the Claudio Monteverdi International Choral Festival (Venice, Italy), the Queen of the Adriatic Sea Choral Festival and Competition (Cattolica, Italy), the Liviu Borlan Choral Festival (Baia Mare, Romania), the Romano Gandolfi International Competition for Choral Conductors (Parma, Italy), the Giuseppe Savani National Choral Competition (Carpi, Italy). He is continuously called upon as a jury member at choral performance and choral conductor competitions in Italy and worldwide (Europe, Russia, Japan, China, Korea, Indonesia, Malaysia, USA). He has conducted choral masterclasses at public (Conservatories of Moscow, Minsk, Budapest, Seoul, Timisoara, Prague) and private institutions. He has written numerous transcriptions and arrangements for choir. His transcription of Faure’s Requiem is published by Gelber Hund Verlag in Berlin. For the American publication CanticaNOVA, he also wrote transcriptions of important Renaissance motets. He has published his compositions with Eurarte and Ferrimontana. In the educational field, he is very active both as a teacher (he teaches Choir Direction for Music Education at the Cesare Pollini Conservatory in Padua) and as artistic director of the AERCO Academy and the International Courses in Rimini. Since 2015 he has been President of AERCO, the Associazione Emiliano-Romagnola Cori. He has been Italy’s representative at the World Choral Council, while for his merits in the choral field he is an honorary member of ACDA (American Choral Directors Association) and of the Choir Directors Association of Croatia.